While studying the brains of people with an Alzheimer’s diagnosis, researchers have observed more than just the accumulation of plaques and tangles caused by the beta-amyloid protein.  For example, Dr. Julie Schneider from Rush University cited that “when we see [different] vascular pathologies, most of the time it’s on the background of Alzheimer’s disease…we don’t see just the vascular versus the Alzheimer’s.” Lewy body disease and TDP-43 —a type of protein abnormality– pathologies have also been found to be present in brains with Alzheimer’s pathology.

Alzheimer’s is a complex disease. In fact, there are very few cases, less than 3%, of pure Alzheimer’s disease. The discovery of the relationship between pathologies of other related dementia and vascular disorders and Alzheimer’s pathology has given scientists and researchers a better understanding of what health risks and factors can be associated with the development of dementia and Alzheimer’s.

Since 2005, the Framingham Heart Study has administered a series of digital audio recordings to differentiate between people with and without a dementia diagnosis. By applying machine 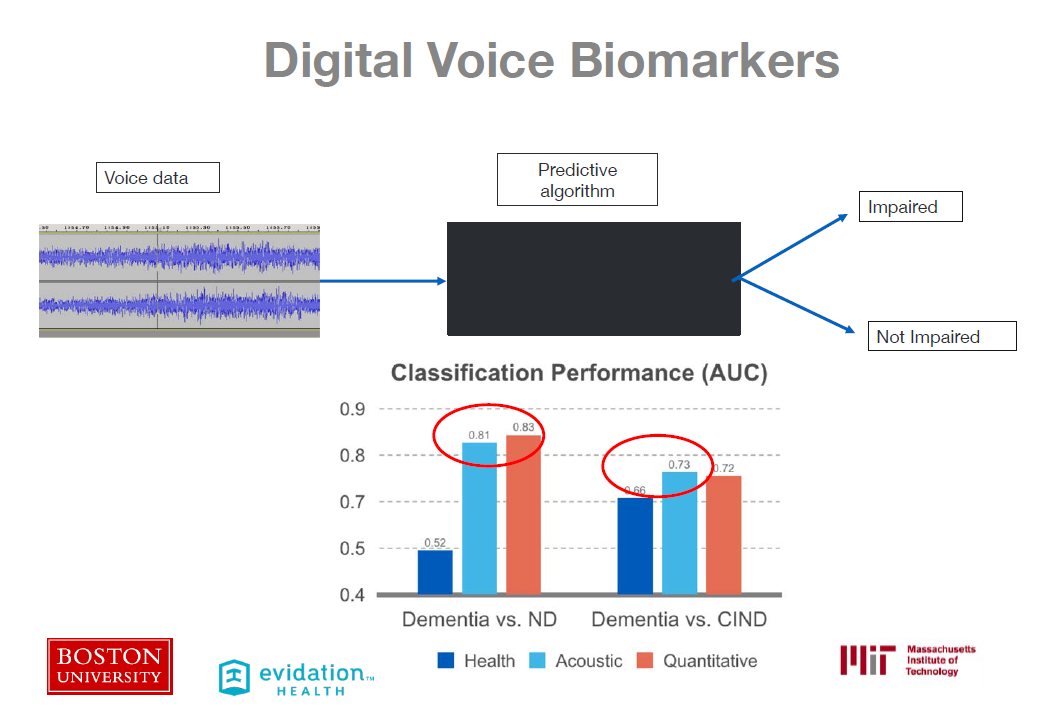 learning to digital voice recordings used in cognitive tests, researchers were able to test whether or not voice biomarkers could accurately predict an Alzheimer’s diagnosis. This could lead to earlier intervention, and possibly change the trajectory of the disease and, in the future, prevent it altogether. To reach the goal of discovering more digital biomarkers, however, Dr. Au pointed out the need to share data and bring “all the different cohort[s] and aggregating it into a data-sharing platform.”

The concept of digital biomarkers is still in its infancy, but Dr. Au recommends that we harness more digital technologies and begin monitoring larger populations of people on important behaviors to help us continue to grow our understanding about brain and vascular health.

UCI MIND Director Dr. Frank LaFerla discussed the research news that has sent shockwaves through the Alzheimer’s community recently: that Biogen has decided to proceed with seeking FDA approval for its nearly defunct aducanumab drug. Early this year, Biogen had ceased further clinical trials for aducanumab due to poor data. Now, the company says that upon further review, its drug has indeed shown signs of slowing down cognitive decline in early trials. Dr. LaFerla explained that there is “a healthy dose of skepticism,” but there is also reason to be “cautiously optimistic and hope that this is the answer we’ve been seeking for so long.”  Of course, Biogen’s reversal of its previous decision and its pursuit of FDA approval does not warrant guarantees, but it is still a glimmer of hope for all. Read more about the news here.

In her discussion about risk and prevention across the lifespan, Dr. Rebecca Gottesman explained that hypertension (high blood pressure), diabetes, smoking, and obesity are all major risk factors that could yield a higher chance of developing dementia. She cited the following statistics:

Again, Alzheimer’s disease is often a result of mixed pathologies of various disorders, which means that there is a multitude of risk factors associated with the disease. A rule of thumb? What is good for your heart, is also good for your brain.

Between 2011 to 2019, Alzheimer’s disease funding from the NIH has grown from $448 million to $2.34 billion. Although there has been significant increases in funding, more needs to be 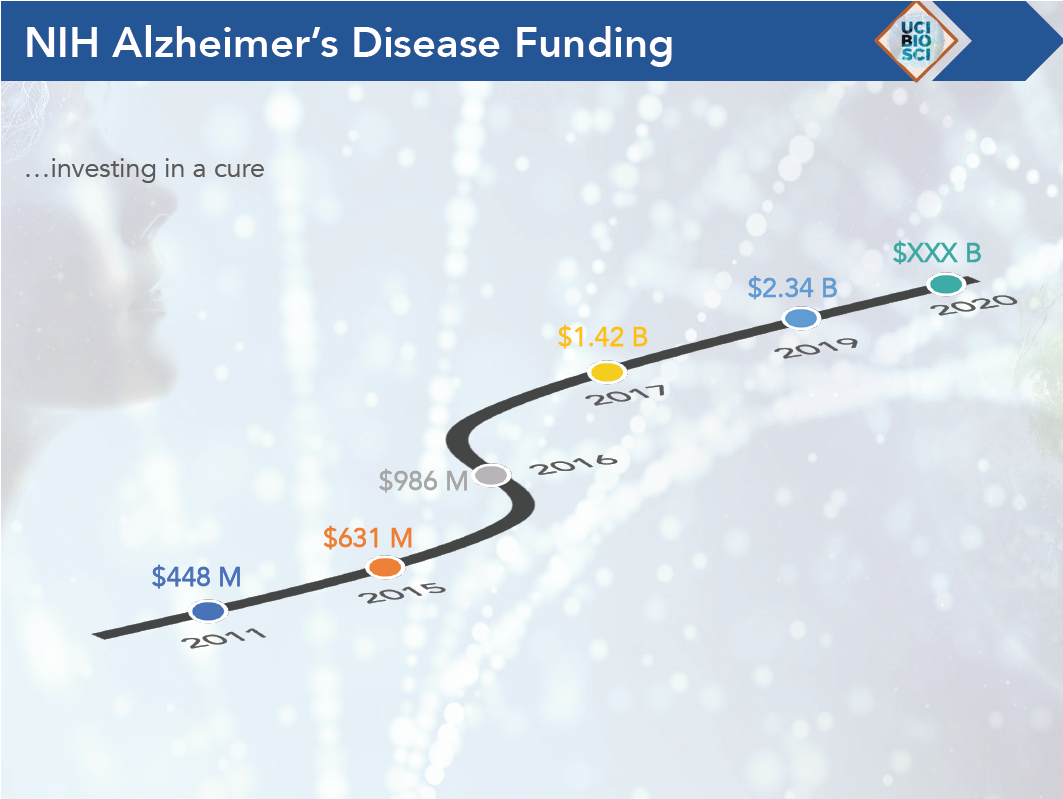